Who made the world?
Who made the swan, and the black bear?
Who made the grasshopper?
This grasshopper, I mean-
the one who has flung herself out of the grass,
the one who is eating sugar out of my hand,
who is moving her jaws back and forth instead of up and down-
who is gazing around with her enormous and complicated eyes.
Now she lifts her pale forearms and thoroughly washes her face.
Now she snaps her wings open, and floats away.
I don’t know exactly what a prayer is.
I do know how to pay attention, how to fall down
into the grass, how to kneel down in the grass,
how to be idle and blessed, how to stroll through the fields,
which is what I have been doing all day.
Tell me, what else should I have done?
Doesn’t everything die at last, and too soon?
Tell me, what is it you plan to do
with your one wild and precious life?

Tomorrow afternoon we will meet at MassArt in N181 and do many wonderful things.

3 – 4 We will take a look at your mood boards – you can bring them in physical form, on a hard drive, laptop, or flash drive, or we can look at a URL. I will have the projector ready for you. Bring whatever you can in whatever form. no time to waste!

4 – 4:45 We will finally get a chance to discuss this article: http://seedmagazine.com/content/print/the_future_of_science_is_art/
So please review.

4:45 – 5 We will discuss the next step of storyboarding your group’s idea.

At 5,  you will have some time to work together in groups. You can stay in N181. go to the library, caf, your studios, as long as you can make it back to class by 7:15 to report on your progress.

Below you can get a leg up on the readings, I will assign during tomorrow’s class – see below.

Bio Design in the Home – The Beauty of Bacteria – NYTimes.com. 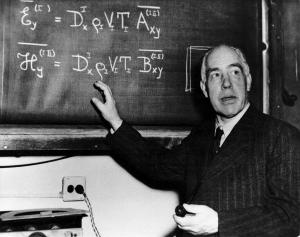 This is a great article to get your brain cells hopping before class starts in a couple of weeks – please read it and be ready to discuss on the first day! http://seedmagazine.com/content/article/the_future_of_science_is_art/

2012 generated the following “Most important questions of science” – http://www.sciencedebate.org/questions.htm

As quoted from the ScienceDebate.org site – “Whenever the people are well-informed,” Thomas Jefferson wrote, “they can be trusted with their own government.”

Science now affects every aspect of life and is an increasingly important topic in national policymaking.

ScienceDebate.org invited thousands of scientists, engineers and concerned citizens to submit what they felt were the the most important science questions facing the nation that the candidates for president should be debating on the campaign trail.

ScienceDebate then worked with the leading US science and engineering organizations… to refine the questions and arrive at a universal consensus on what the most important science policy questions facing the United States are in 2012.